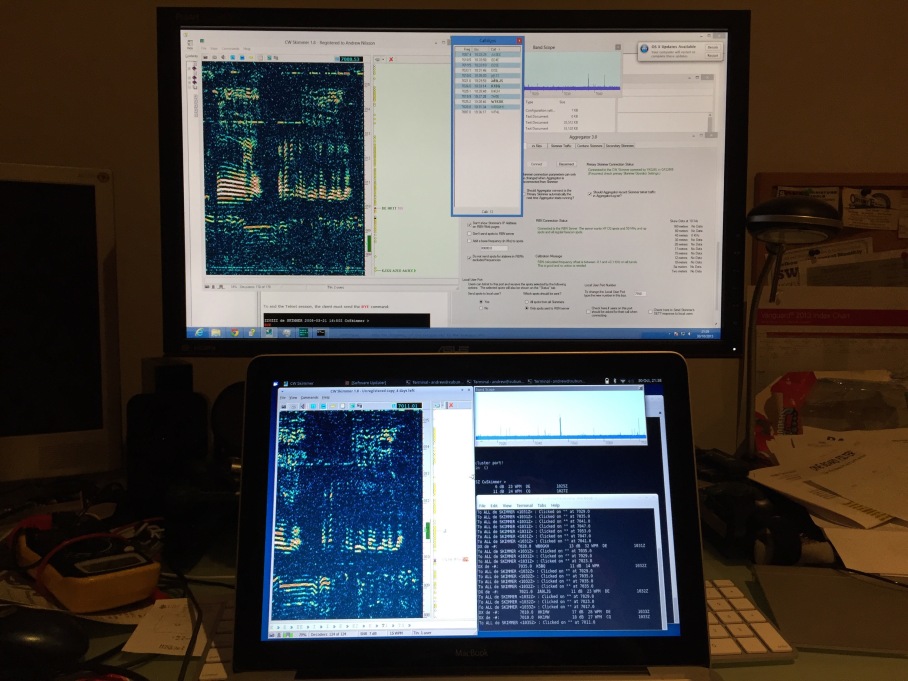 I’m being particularly unfair to the loop as it’s less than 2m from the 2 floor house and metal fence+shed, a foot off the ground and wedged in a bush… It still performs reasonably well, and definitely shows directivity.

Loop is connected to the Softrock RXTX6.3 and the EFHW is on the Softrock 40. Should be similar in terms of performance, but the former may have an advantage.

We’ll see how this performs overnight.

Well this was not an advertisement for running CWSkimmer under wine. Crashed after 1 hour initially, I then restarted it at 1610z (I’m an insomniac, so are some other VK operators it seems) and it collected data for another 30 minutes from the EFHW. Summary is that the loop was at most only a few dB down on the EFHW even in the direction of of the null (VK6/ZL) for those stations recognized by both stations. It also picked up plenty of Asian stations which were not captured on the EFHW. The clearest path for the loop is to the north and west.

Put in the clear, I think this antenna could really work well for at least 10mhz and below, especially if it can be rotated. Worthy of further experimentation.

The antenna in question, not in operating position but not far off 🙂 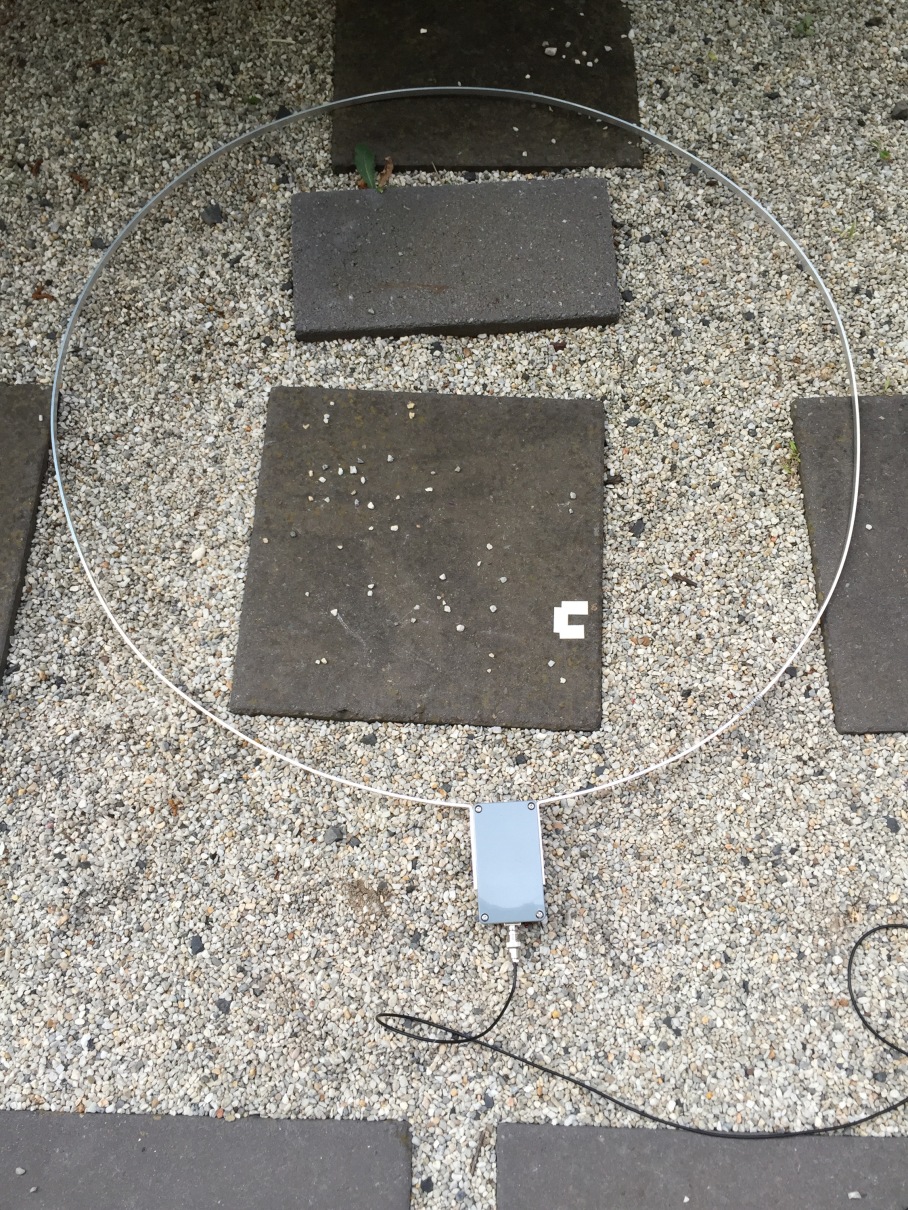 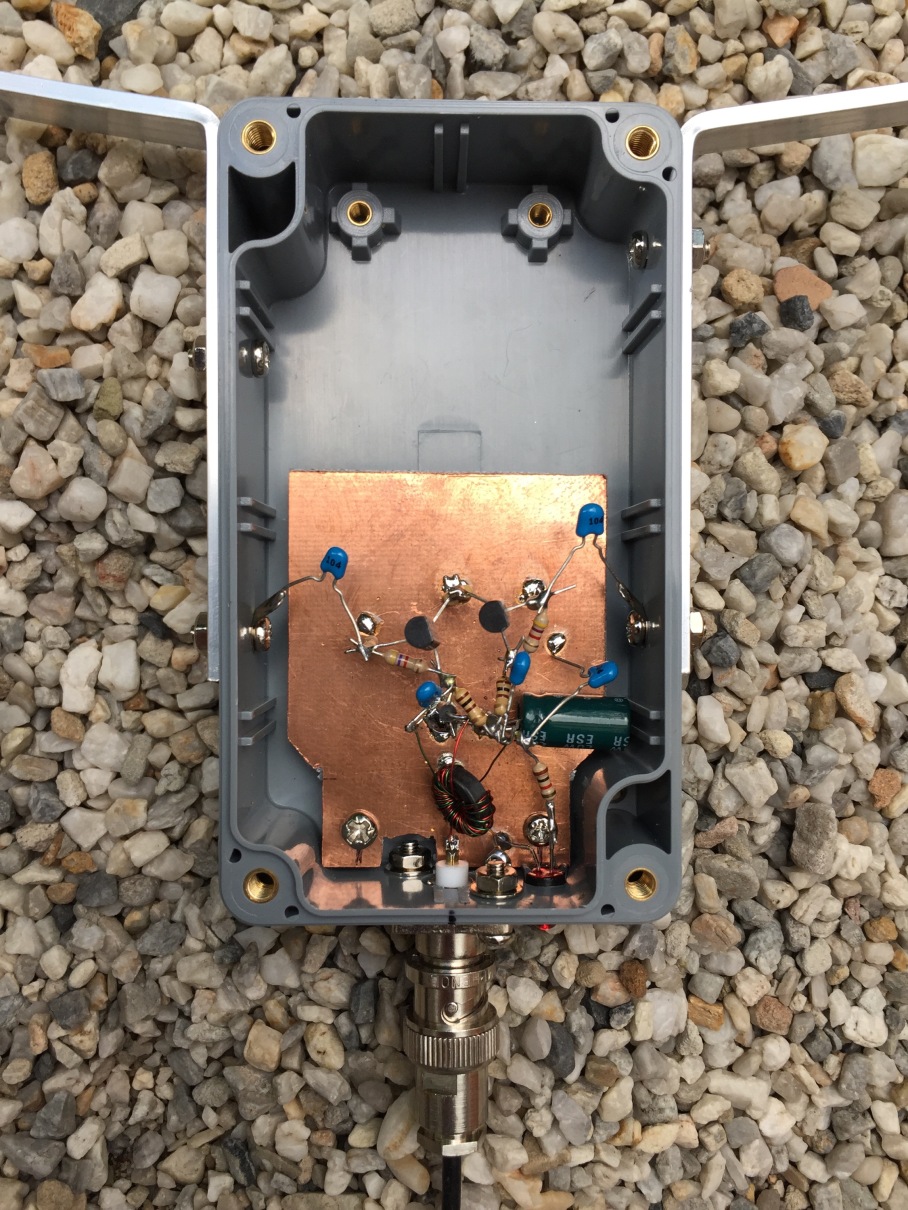